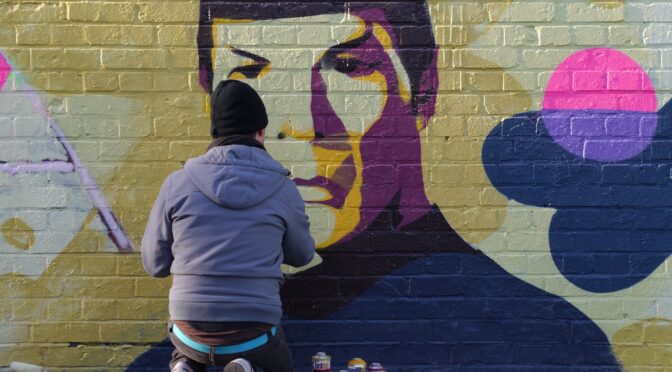 With six live-action online series, an animated television show, and several movies, the Star Trek franchise has taken over pop culture for over fifty years. Since the “Original Series” aired in the 60th through the 1990s, at least three Star Trek series premiered at one time. Finally, to the release of Star Trek: Discovery followed by Picard, there have been more than 800 episodes of the sci-fi series.

Star Trek is undoubtedly one of the best sci-fi series in history and is thriving as well. But what if you’re a beginner in the Star Trek world? You’ll need to go through an assortment of shows, incredible plots, excellent characters, and even times that might seem a little befuddling. If you’re Borg-curious, which movie or series would you start with?

Start at the beginning, with the Star Trek: The Original Series. From that point, you can work your way through the other series and movies. The other option would be to go with the in-universe timeline, but it can be confusing at times. By diving into the Star Trek universe in release order, you’ll still feel better by knowing the jokes and references that come later, and you’ll gain continuity along the way.

Fast Forward to the Best Episodes

Highlighting the “best” episode or series is almost an impossible task. With the Original Series’ magnificence to discovery and journey, The Next Generation’s spotlight on diplomacy, Voyager’s emphasis on exploration and character development, and Deep Space Nine’s focus on the journeys of wartime and the darker side of Starfleet, each series provides hundreds of hours of thrill that could go on their own “best of” records. Here are 5 of the best episodes in Star Trek television history, but by no means the ultimate of them all.

To commemorate the 30th anniversary of the Original Series in the Star Trek universe, Deep Space Nine premiered a lively and zestful tribute that was an exit from its darker and more skeptical tone. It showcased the kitsch of the 60s by taking its characters back to the time of the Original Series episode “The Trouble With Tribbles.”

The excitement of the episode comes from watching the Deep Space 9 Station crew constantly interact with Doc McCoy, Captain Kirk, and the rest of the original characters that is both respectful and melancholy to the franchise’s origins.

Whenever Captain Picard visited a courtroom in the series, Next Generation hit latinum. He gives another wholehearted and mighty crusade for justice as a Starfleet general enters the Enterprise. He seeks to start a witch hunt due to the suspicious agitation by a Klingon officer.

As the journey continues and the flames of suspicion are ignited, Picard must condemn his seniors for giving extreme opinions of discipline and principles. Particularly when they are directed towards a young officer who is questioned about treason just for being one-quarter Romulan. As the court moves to criticize Picard, he turns the tables and puts Starfleet’s morals up for inspection.

Star Trek: Picard showcased the return of Picard and Soji to the planet Nepenthe — home to some of their closest and most trustworthy friends. The episode dealt with the return of Patrick Stewart to the role that made him a fan favorite over the years. Moreover, he proved that becoming Jean-Luc Picard was as easy as changing into the Starfleet uniform.

Nepenthe is surely the best episode of Star Trek: Picard or at least the most successful one. This is because we are reunited with these endeared characters and see that their lives have gone on exciting and realistic since we last saw them. Watching the original TNG cast’s crew get into their characters around two decades later is similar to watching a family reunion, and the nostalgia gets truly heart-touching and genuine.

While Enterprise has never been put in the same spotlight as other Star Trek series in the franchise, it deserves more attention for its determined and devoted two-hour premiere. The premiere successfully sets the stage for the initial days of the Starfleet and what would ultimately become the United Federation of Planets.

The episode premiers the first Warp 5 starship, and the infamous Enterprise NX-01, while Captain Archer and his crew take a wounded Klingon to Kronos. Their condition puts them in a time war that would eventually become a reappearing part of the series.

5. Through the Valley of Shadows (Discovery)

At the end of a high-spirited and lively second season of Star Trek: Discovery, this episode consolidated the firm beliefs of Captain Pike. Moreover, it delivered world-building unto the Klingons in a manner that hadn’t been showcased ever on any episode or movie before.

Captain Pike travels to Boreth looking for the pure time crystals that will help enlighten the signals of the Red Angel. If he gets one, he will be shown his fate. But in case he does not take a time crystal, he has an opportunity to change it.

It puts us back on conflicting paths, both having significant meaning in the show’s overall plot. Watching Spock and Burnham work together allowed us to see the power of them solve problems with utmost logic, alongside seeing Captain Pike come to terms with his fate.

The Best Series in the Star Trek Universe

Which Star Trek series is the best of all? Every series in the Star Trek franchise is someone’s favorite, and every fanatic wants different things from the franchise. But at its very core, enthusiasts are drawn towards the optimistic revelation of the future and its multitude of endearing characters, whether it’s Captain Kirk, Jean-Luc Picard, or the half-Vulcan Spock and Kelpien Saru.

Without Gene Roddenberry’s original series, there basically is no Star Trek universe, full-stop. It gave rise to an outline that six of the series that followed it captured. However, beyond it, the energy of Captain Kirk, Don McCoy, and Spock is one of the most magnificent ever seen in pop entertainment.

Its first season is almost without flaws, with great episodes penned down by legends of the sci-fi genre. But the iconic nature of the Original Series that yielded six feature films and a 21st Century reboot of the characters remains the top of them all. Nothing can beat this original.

The end of the Story

If you’re a newcomer to the Star Trek franchise, StreamParty brings together all the series and movies in one place for you to begin your journey. Moreover, the app lets you track your other favorite shows and notifies you how far through each season you are.

It is a community that enables people to watch videos together with their friends worldwide, on multiple services, right on their website. StreamParty is available for free or a few $ per month with additional benefits.

watch streams with friends and people you care about

We use cookies on our website to give you the most relevant experience by remembering your preferences and repeat visits. By clicking “Accept”, you consent to the use of ALL the cookies.
Cookie settingsACCEPT
Manage consent

This website uses cookies to improve your experience while you navigate through the website. Out of these, the cookies that are categorized as necessary are stored on your browser as they are essential for the working of basic functionalities of the website. We also use third-party cookies that help us analyze and understand how you use this website. These cookies will be stored in your browser only with your consent. You also have the option to opt-out of these cookies. But opting out of some of these cookies may affect your browsing experience.
Necessary Always Enabled
Necessary cookies are absolutely essential for the website to function properly. This category only includes cookies that ensures basic functionalities and security features of the website. These cookies do not store any personal information.
Non-necessary
Any cookies that may not be particularly necessary for the website to function and is used specifically to collect user personal data via analytics, ads, other embedded contents are termed as non-necessary cookies. It is mandatory to procure user consent prior to running these cookies on your website.
SAVE & ACCEPT